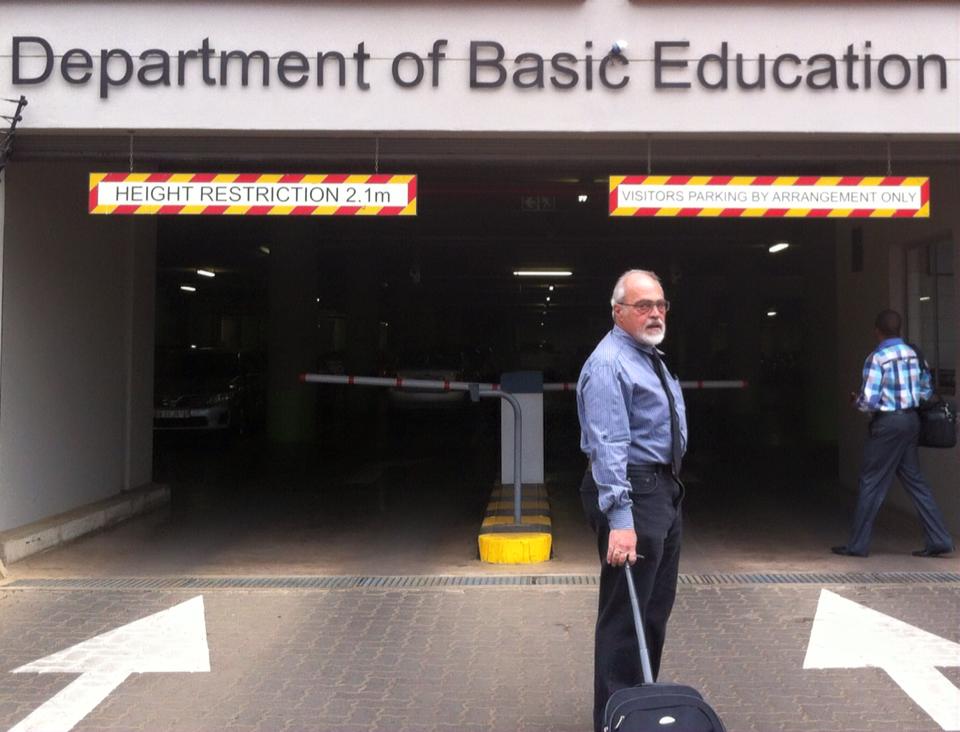 The first of the proposed eight meetings of the Working Group on the review of law and policy about home education was held yesterday, 14th October.

Three of about twenty members of the Working Group were homeschoolers. One, Bouwe van der Eems, was not present, because he could not travel from Cape Town at such short notice. The other two were Leendert van Oostrum and independent homeschooling mother Joy Leavesley.

What is particularly interesting, is that Bouwe, of the Association for Homeschooling, and Leendert, of the Pestalozzi Trust, were invited in their personal capacity, and not as representatives.

The meeting commenced at 09h00 and proceeded well. By about 11h00, however, it had become clear to the two homeschoolers present that they were no longer in the process to be consulted as autonomous citizens in a democratic process.

They felt that they were being co-opted into a process predicated on the consistent assumption that children are chattels. Homeschoolers and the law consider parents to be the primary educators of their children. It is clear that government does not.

After asking for an adjournment of the meeting the two homeschoolers consulted with one another and decided to withdraw from their positions as members of the working group, but to continue to be available as resource persons who are available to provide information, advice or comments whenever asked.

This was conveyed to the chairman of the working group, and they notified the Director General of the Department of their decision in writing. It now remains to be seen how the policy makers in the department will respond, but it has been made very clear to the that, while homeschoolers are willing to assist them in every way, they cannot be taken hostage for the agenda of others.

Thank you for the good wishes and prayers. We believe the Lord will provide a meaningful way in which the homeschoolers can contribute to the review process.