Home school , micro school , learning centre , unregistered private school, low fee school and cottage school are all different terms that are used to refer to a new fast growing phenomenon in the South African educational environment. These are (mostly) small independent or private schools that are operated by a small group of entrepreneurs, parents, ex-teachers or volunteers. If you are interested in starting a learning centre, you can follow the steps below: 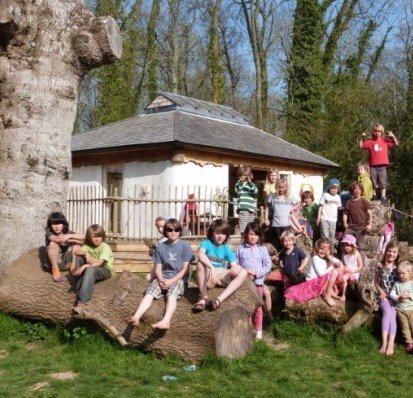 Homeschool, micro-school, learning centre, unregistered private school, low-fee school and cottage school  are names that refer to small independent or private schools that are operated by a small group of entrepreneurs, parents, ex-teachers or volunteers. This fast-growing phenomenon was acknowledged in a 2010 research paper by the Centre for Development and Enterprise, which described it as South Africa’s "hidden asset". This research was followed by a 2012 report with the title "Promoting school choice for the poor" and a 2013 report with the title "Affordable private schools in South Africa".

These types of schools are growing quickly in countries such as India, Pakistan, Chile, Ghana and Colombia, but they also occur in a highly regulated countries such as the Netherlands. In Nepal, Uttam Sanjel, a former actor, started a network of bamboo schools to provide private education to poor children.

SAHomeschoolers.org, in cooperation with the Pestalozzi Trust, has launched an initiative to help parents find unregistered independent or private schools without making the contact details of the schools publicly available.

This is in response to the fact that:

The Pestalozzi Trust is a registered public benefit organisation. It has made it possible for parents to choose home education with assurance and confidence and in the best interests of their children since 1998. The Trust does this by preventing and solving conflict between members and education and welfare departments and other state authorities, and by defending it members in court if conflict cannot be settled outside the courts.

SAHomeschoolers.org operates a comprehensive, independent website that brings together parents and suppliers who offer products and services to homeschooling parents.

This initiative provides stakeholders with the following benefits:

As part of the initiative, the Pestalozzi Trust has created a membership category for civil educational institutions that includes independent or private schools. These schools receive the following benefits:

As part of the initiative, SAHomeschoolers.org provides the following services on its website:

A Facebook group has been created where operators of learning centres can interact with each other. For safety reasons, it is a closed group.