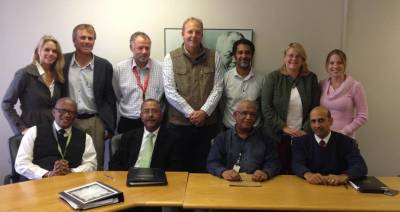 Early this year, two statements from the Western Cape Education Department (WCED) prompted large groups of home educating parents to voice their concerns about the current and proposed unconstitutional policies surrounding the rights of home educated parents and children.  On 11 February, 2014,  the WCED issued Draft 8 of a proposed policy on home education that requires parents to use the state curriculum, register before they can start homeschooling, prohibiting home learners to come together in groups and a multitude of other requirements that are not in keeping with the constitutional rights of the parents to educate their children as they see fit. In protest against this policy, many parents wrote letters to their DA councillors, the MEC of education in the Western Cape and other members of the education departments. On 14 February the proposed policy was withdrawn. However, on 4 March, the WCED published their standard notice in Western Cape newspapers prescribing similar unlawful requirements.

These incidents made the homeschooling community aware of the fact that they must always be alert and vigilant in order to protect their liberty. In reaction to these statements from the WCED, Cape Home Educators organised a meeting at Camps Bay on 22 February 2014. During this meeting, Leendert van Oostrum of the Pestalozzi Trust gave a presentation.  After his presentation, home educating parents present, any of whom are members of the CHE, elected a steering committee with the purpose to engage the WCED on these issues.

Irwin Brown, member of CHESCE, developed two surveys to gain a better understanding of the opinion of homeschooling parents. The first survey was on Home Educator Perceptions of South African and Western Cape Policy on Home Education. The second survey was on demographics, home education spend, curricula, extramural, activities, outreach activities, achievements & media exposure. The results of these surveys are available on the CHESCHE's website.

The committee had its first meeting with the WCED was on 9 May 2014. The people present on the side of the WCED were Mr. DD Louw & Mr. M. Ndzuzo (Institutional Management and Governance Planning), Mr. A Bruerley (Policy Co-ordination) and Mr. J Parbhoo (Assessment Management). The committee learned that the proposed policy was withdrawn and that officials from the WCED are now part of a national task team that is responsible for drafting a new national policy.

The second meeting with the WCED was on 24 June 2014. Present on the side of the WCED were Mr. DD Louw & Mr. I. Morkel (Institutional Management and Governance Planning) and Mr. A Jantjies (Assesment Management). During this meeting, Johan Heckroodt gave an extensive presentation on homeschooling rights, international trends, benefits, etc. A summary of this presentation is available on the website of the committee.

Since then, the CHESCE has officially been included and invited to partake in the national process of drawing up a policy around Home Education by the Department of Basic Education. The CHESCE will be contacted at a later stage with the specific details.