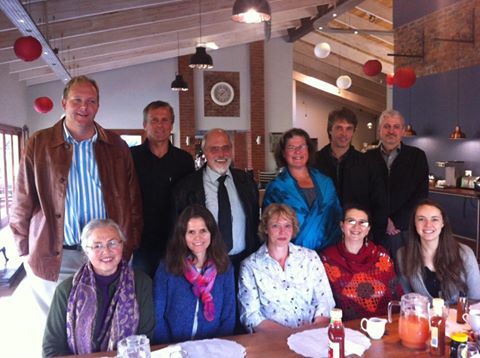 Homeschool associations and the Pestalozzi Trust were invited to meetings with the Department of Basic Education (DBE) in October 2014 to discuss the development of a new policy on home education. This was the first meeting of such a nature in more than two decades. Representatives that attended these meetings were pleasantly surprised by the willingness of the DBE to listen to the homeschoolrepresentatives and learn from them. Click here to view a video on the October 2014  meetings.

After the meetings in October meetings, it was the intention to have follow-up meetings in January 2015.  As the date of the follow-up meeting approached, the meeting was postponed to February 2015, in order to provide more time to the DBE to prepare for the meeting. Two weeks before this meeting, representatives requested that te agenda and working documents be sent to them as a matter of common courtesy. Soon after this representatives were informed that the meeting was postponed indefinitely.

Middle June, representatives received another invite for a meeting on the 2nd and 3rd of July, with a proposed agenda and a updated Discussion Document by dr. Trevor Coombe. The representatives were again surprised by the updated discussion document. This document confirmed that the DBE was indeed willing to attempt to understandhome education, because a number of significant paradigms shifts have been made since the previous Discussion Document that was presented in October 2014. In the preparation for the meeting, the agenda was changed a few times. The Association for Homeschooling managed to reserve more than 90 minutes of the agenda for a screening of the “Class Dismissed” movie.

On the 2nd of July representatives arrived at Pretoria from the Eastern Cape, Gauteng, KZN and the Western Cape. During the first day dr. Simelane from DBE  gave some reflections on the first consultative meeting and dr. Coombe presented an overview of the updated discussion document. During the afternoon mr. Makaleng provided information on new developments on the National Senior Certificate (NSC) and the General Education and Training Certificate (GETC). The rest of the time was taken up by plenty of two way discussions in a positive spirit.

The homeschool representatives were encouraged by the paradigm shifts that were made by DBE and dr. Simelane was positive that the 2nd meeting contributed towards making progress in the process of developing a new policy on home education.