“The word ‘education’ comes from the Latin ‘educere’ = e- (out of) + -ducere (to draw). Education is not just about putting information in. We have forgotten that it, in fact, begins in the child’s heart.” - Vince Gowmon

President Cyril Ramaphosa announced the implementation of Grade R as an additional compulsory school year, a decision that was received positively. But, there are some questions as to whether this is such a good idea or not, and how it could make any difference considering the mounting problems with schools, poor pass rates, and low standard of education (compared to global standards) to begin with. This article will explore some of the questions around this topic.

It’s not news that South African schools are struggling. Some schools are literally falling apart, such as the tragic case of the Driehoek High School in Vanderbijlpark where a walkway collapsed, killing three students and injuring 20 more. Approximately 70 more schools are facing similar risks, according to a report in The Citizen, dated 22 February 2019.

Teacher strikes and absenteeism also cause major problems as children show up to school without receiving the education they came for. Other challenges include a content-heavy curriculum with too much admin, low pass rates (and that at low standards), teachers in some provinces who are insufficiently equipped to teach, etc. Children need consistency in their environment to create a sense of safety and security which contribute to their ability to learn effectively. Without a stable teaching force and safe environment, it is no wonder that many children have little motivation to attend school or to even complete their national senior certificate.

Violence and bullying in schools only add to the major impact of all the above on children’s ability to learn, graduate and be successful in their careers. In 2020, this is characterised by the never-ending deaths at schools in Gauteng.

To make matters worse, some schools are suffering vandalism due to protests in the area. Other schools have been burned, equipment destroyed, disrupting classes for hundreds of learners.

The outcome of the current school system includes:

Given the educational landscape as it stands, and, in comparison with global standards, it brings about the question:

How could more time within such a broken system be helpful? In the case of children in the Eastern Cape for instance, who get little to no stimulation and basic early child developmental help before entering Grade 1, compulsory Grade R attendance could be understandable, as these children are simply not prepared or ready for the requirements of Grade 1. Moreover, the schools don’t teach in their home language, making it even harder.

But in the larger, national context of the country’s education system, it is a suggestion that doesn’t hold much promise. There is plenty of research that shows concern regarding forcing young children to learn too much, too soon. Five-year-olds are not wired to sit still and listen to lessons for hours on end. As Christopher P. Brown (Professor of Curriculum and Instruction in Early Childhood Education at the University of Texas) puts it, “Research has consistently shown classrooms that offer children the opportunities to engage in play-based and child-centred learning activities help children grow academically, socially and emotionally.” Pre-schoolers need time to play, move, explore, and discover the world around them – it helps them consolidate new information and expand their points of reference.

The implications of COVID-19 also have an additional impact on families’ financial ability to send children to schools, making it an even more difficult. Thousands of job losses across multiple industries mean that families are having to make do with the children at home. Parents are learning how to balance work and homeschooling to be able to afford food on the table.

What is the real problem?

The problem is not school attendance. The problem is that children are not really learning, and the environment and curriculum that schools provide, do not cater towards that which research has proven children need for effective learning.

Institutionalised schooling is not individualised around how children learn best, because it cannot offer such support on a large scale (30-40 children in a class). Author Vince Gowmon reminds us of the origin of the word “education”: “The word ‘education’ comes from the Latin ‘educere’ = e- (out of) + -ducere (to draw). Education is not just about putting information in. We have forgotten that it, in fact, begins in the child’s heart.”

The problem is that with a pass rate of only 33%, no one is motivated to achieve. It’s demoralising and a somewhat insulting estimate of a child’s potential to expect so little. Rather than lowering the standards, it would be a better approach to support children who struggle with learning and lift them up.

The real issues are not faced and addressed:

A broken system cannot be repaired by subjecting children (those for whom education is intended, after all!) to more time within it and hoping for a better outcome. The methods of education, process, infrastructure, standards, and outcome must be addressed before thinking about extending compulsory school attendance.

What are your options?

One of the proposed changes to the Bill is the following:

This has not been passed as law and is still under revision, to be tabled at parliament. This means that parents still have the option to consider home educating their toddlers through the younger years, and if they choose to use preschools, they can do so when the child is ready. Visit the website www.liberty-in-learning.org to find out what you can do to stop the BELA Bill.

South Africa needs a new regulatory framework that will accommodate a diversity of alternative education forms, not the expansion of a failed school system.

The further changes proposed to the BELA Bill are still under review, so parents still have options.

There’s a growing amount of research evidence that indicates it’s better for children to learn later rather than sooner. They need more free time to play, explore and discover on their own for sufficient early childhood development.

South Africa needs a new educational dispensation with less school and more freedom. Families require support in terms of education options. We must remember who education is for: children. And we must consider how children learn best. Without this information, educational debates will only be agenda-driven and lose their significance and purpose. 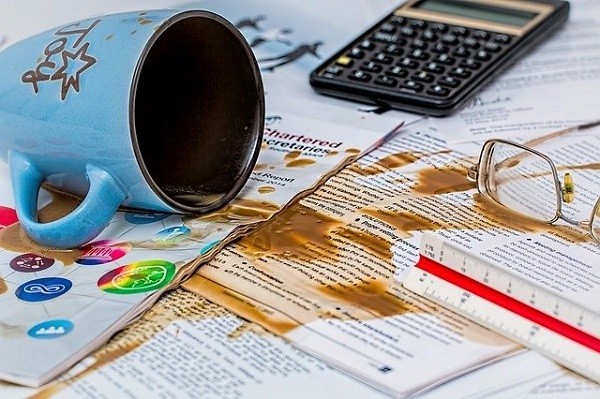 Heideli Loubser is a copywriter at www.houseofblogs.net, with ten years of experience in writing content for educational, health and family businesses. She is also the owner of www.homeschoolerslife.com where she creates content that helps make homeschooling easier for parents. When not distracted by the joys of writing and parenting, she is a hobbyist gardener and creative arts enthusiast.

More posts from author
Friday, 02 December 2022 A note to every homeschool parent
Wednesday, 07 September 2022 5 Reasons Parents NEED to Attend the Cape Town Home Education Expo
Friday, 20 May 2022 Red Alert: Why we need to comment on the BELA Bill proposal ASAP