Home educators fiercely oppose the Policy on Home Education (PHE), published in 2018, and the Basic Education Law Amendment (BELA) Bill that is currently being considered.

It is assumed that national government is the driving force behind curbing of rights and freedoms of home educators. Closer inspection however reveals other driving forces.

It started in the Western Cape

The initiative to clamp down on home educators did not come from the national ANC government, but from the DA governed Western Cape. The Western Cape Provincial School Education Act provides that the requirements and conditions for the registration of a learner for education at home shall be “as prescribed”. However, the Western Cape Government never determined any regulations or policies to describe what “as prescribed” means.

In 2014 the Western Cape Education Department (WCED) attempted to fill this gap by publishing a policy on home education. Click here to read the policy. This policy would severely restrict the freedom of home educators through the following means:

When this policy was published for public comment, the reaction of home educators was so fierce that the MEC for Education, Donald Grant, withdrew the policy within 3 weeks.

After the policy was withdrawn in 2014, the Pestalozzi Trust enquired about the status of home education in the Western Cape. The Trust received the following feedback from Adv. Lynn Coleridge-Zils of the WCED: “Lastly, the Western Cape Provincial School Education Act, 1997 (Act 12 of 1997), in section 36, provides that the requirements and conditions for the registration of a learner for education at home shall be as prescribed. To this end, the Western Cape Education Department has withheld the determination of a policy or regulations to this effect subject to amendments to be effected on the South African Schools Act via the Basic Education Laws Amendment which is currently being formulated by the Department of Basic Education.”

When the BELA Bill and the PHE were published, the following similarities with the Western Cape Policy were striking:

On 26 November 2018, after the publication of PHE, Cape Home Educators and the Pestalozzi Trust had a meeting with MEC Debbie Schafer, during which Adv. Lynn Coleridge-Zils was also present. During this meeting, MEC Schafer confirmed her support for the PHE.

When the Pestalozzi Trust enquired on the status of BELA Bill in 2019, the Trust received the following response from Adv. Rudman of the DBE: “On Thursday and Friday this week, I am meeting with the home education officials of the Western Cape Education Department, who have been contributing to the refining of the home education provisions of the BELA Bill.”

The trail of evidence seems to indicate the following about the source of the driving force: 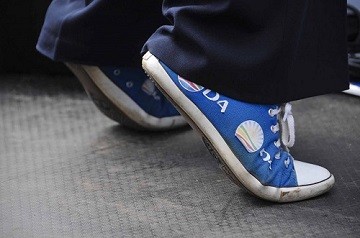 Transitioning from crisis-schooling to homeschooli...
Is compulsory preschool attendance a good idea?

Anecdotal evidence indicates that schools and sport clubs in the Western Cape make it increasingly difficult for homelearners to take part in sport activities without a CEMIS number.

0 Cancel Reply
Anecdotal evidence indicates that schools and sport clubs in the Western Cape make it increasingly difficult for homelearners to take part in sport activities without a CEMIS number.
Cancel Update Comment
1