The war over the children of South Africa

All over the world a war is being waged between the state and parents over the hearts and minds of their children. Over the last 100 years, the state gained almost complete control over education as public schools became increasingly prevalent.

However, since the 1950’s it has become increasingly clear that public schools are a disaster. In 1983 a report for pres. Ronald Reagan stated: "The educational foundations of our society are presently being eroded by a rising tide of mediocrity that threatens our very future as a Nation and a people" and "If an unfriendly foreign power had attempted to impose on America the mediocre educational performance that exists today, we might well have viewed it as an act of war".

In response to the decay of public schools, parents are taking their children out of schools to educate them at home. Home education is now the fastest growing type of education internationally.

Since the late 90’s parents in South Africa also take the responsibility to educate their children at home at an exponential growing pace. They are transferring their own values to their children and preparing them to be independent and successful citizens in the 21st century. It is a concern to the state that this new generation might not vote for the incumbent government.

Although the current number of home learners is still less than 1% of the school-aged population, the numbers are becoming significant. About 100 000 home learners equates 250 schools, 3800 teachers and a loss of more than R1B per year to public schools. This is equivalent to half the school population of the Northern Cape. This is a concern to teachers’ unions and the state's textbook suppliers.

Home education erodes the tax base required to pay for the growing burden of social grants and corruption. In families who choose home education, the mother often leaves the workforce to focus on her children. This means a loss of income tax on the salary of the mother and also income tax of the teachers that she would subsidise through school fees. Whilst the state loses tax income, the mother contributes something to the family with a value that far exceeds the loss of her income.

The impact of home education goes further than education. Once families have taken responsibility for education, it fosters a culture of independence and these families are increasingly adopting a lifestyle free from state interference in other aspects of their life such a health, nutrition, security and power.

The first attempt to gain control in the late 1990's was through a draconian national policy on registration for home education. Because of the multitude of unlawful requirements in this policy, the majority of parents did not register for home education. The effect of the policy was reduced even more by the constitutional court judgement in the Harris case, which ruled that citizens are not bound to comply with policies, but only with laws and regulations.

The third attempt was through the policy on the administration of the national senior certificate (NSC). This policy requires learners to pass grade 10 and 11 in order to be admitted to grade 12, therefore forcing home learners to follow CAPS for at least 3 years in order to get a NSC. The time-consuming and expensive nature of CAPS resulted in a growth in alternative matric qualifications such as Cambridge. The growth in alternatives increased even more when more candidates obtained the GED qualification.

The latest attempt to gain control is by transforming home education to an alternative channel to deliver state education, through the use of the private sector.

The state is a large bureaucracy, inefficient and slow to respond. This makes it difficult to gain control over a dynamic, outspoken and interconnected movement. Since home-schooled parents are not subsidised by the state, there is also no financial incentive for parents to register with the state and give the state control over their education.

In contrast to the slow-moving state machine, the private sector is efficient and offers something that home-schooling parents need, namely curriculum material. Some private sector players are more than willing to align with the state, since they find it difficult to find other markets that grow as fast as home education in the current shrinking economy. Shareholders will certainly appreciate some help from the state to gain a competitive advantage. The state can therefore overcome its weaknesses by co-opting such players in the private sector.

What parents should do

Curriculum suppliers apparently are split into two camps. Some suppliers align themselves with the state, develop products based on CAPS and make registration a pre-condition for buying their product. Others develop products that transfer values which are in line with those of the parents and prepare children to be independent and successful citizens in the 21st century.

In this environment, parents must become increasingly careful when making curriculum choices. Be aware of the wide variety of educational approaches and curriculums which are available. If you decide to make use of CAPS, ensure that you do not buy a product that makes it difficult to choose a different curriculum six months or a year later. It is common practice amongst home-schooling families to change curriculum as they gain confidence and develop a better understanding of the needs of their family. Sacrificing the freedom to choose a curriculum is something that is certainly not in the best interests of your children. 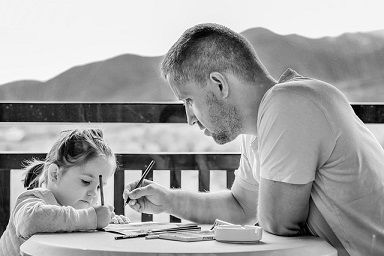 What education can change the world?
How to prepare your child for the 21st century