Should parents register for homeschooling?

The current state president, Jacob Zuma, testified in court that he believes that taking a shower reduces the risk of being infected by AIDS.  Previous president, Thabo Mbeki criticized the scientific consensus that HIV does cause AIDS. Manto Tshabalala-Msimang, a previous health minister, promoted the use of unproven herbal remedies such as ubhejane, garlic, beetroot, and lemon juice to treat AIDS. More recently, the MEC for Basic Education in KwaZulu-Natal, Ms Nelisiwe Peggy Nkonyeni, announced the provincial results of the 2014 matric class and made the following statements : “… Visions of an ideal education system dominate my thinking. In the realm of my thought world, I wish … That our system could have graphologists who would analyse the uniqueness of each child’s handwriting and channel them accordingly … That philosophy could be a subject offered at a basic education level so that the system could produce critical thinkers; that chess lessons could be offered to all mathematics learners in order to improve their mathematical schools; and that our system could train and produce phrenologists who would study the shape of a child’s head at Grade R so that we channel the children accordingly” (MEC Nkonyeni, 7 Jan 2015).

According to the current national policy on home education, the provincial Department of Education (DoE) may refuse to register a child for home education, or may withdraw a registration for home education. Generally, officials at the DoE have very limited knowledge of home education as well as the legislation on home education. They are often driven by political objectives and career opportunities. They have no personal relationship with the child involved. In this situation officials often require parents to meet all sorts of arbitrary requirements not stipulated by law. It could perhaps happen that KZN officials, based on advice from the MEC, require parents to undergo tests by graphologists and phrenologists. If parents are not willing to meet these arbitrary requirements, registration might be refused.

If parents want to appeal against the refusal, they can appeal to the Member of the Executive Council (MEC). That means that parents in KZN will have to appeal to Ms Nelisiwe Peggy Nkonyeni and convince her to overrule the decision of the DoE to refuse or withdraw registration. Given the bizarre opinions that the MEC has on education, the probability that the appeal will be successful might be low, especially if the officials listened to the advice of the MEC.

Parents who have the interests of their children at heart should be very careful about the procedures required by officials for registration of home learners. Almost all those procedures and preconditions are developed by uninformed politicians who evidently also have rather exotic views on education. At best, that places the best interests of children at risk. Parents who do engage in such registration processes, even more than other parents, are advised to join the Pestalozzi Trust to get sound advice on how to home educate lawfully. 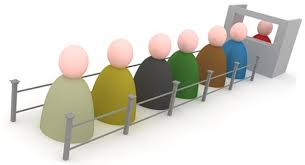 Good post Bouwe, thank you. The registration issue continues to be a "hot topic" amongst homeschoolers. Sadly, it's often a hushed topic. We need to continue to caution homeschool parents of the possible risks involved in registering and encourage them to be fully informed before making any decisions. Alongside this, information about Pestalozzi Trust membership needs to given. It's best to attend a Pestalozzi Trust seminar before making a decision with regard to regstration.

0 Cancel Reply
Good post Bouwe, thank you. The registration issue continues to be a "hot topic" amongst homeschoolers. Sadly, it's often a hushed topic. We need to continue to caution homeschool parents of the possible risks involved in registering and encourage them to be[i] fully informed [/i]before making any decisions. Alongside this, information about Pestalozzi Trust membership needs to given. It's best to attend a Pestalozzi Trust seminar before making a decision with regard to regstration.
Cancel Update Comment