Homeschooling in media more and more

Homeschooling is featuring increasingly more frequent in the media. Recently a book has been published by Naledi with the title “Seekers of the Lost Boy”.

This book has been written Taryn Hayes, a homeschooling mother in Cape Town. Seekers of the Lost Boy is an adventure of a homeschooling family living in Cape Town. It begins when 12-year-old Simon finds a bottle on the water’s edge during a visit to Muizenberg beach on a cold winter’s day. He brings the bottle home, dreaming of adventures, pirates and hidden treasures, only to have the bottle shatter within minutes of returning home. At first he is dismayed, but his disappointment is soon turned to intrigue when he discovers an envelope in the bottle. It contains a letter written 30 years prior by another 12-year-old school boy from the poverty-stricken Cape Flats. The letter is brief and contains one question: Who is God and does he care about me?

This book can be ordered through Kalahari. Click on the image below to buy the book.

In the last years, homeschooling was also featured in a number of films.

Dolphin Tale is a 3D film by Warner Bros. and is based on the true story of an injured dolphin that is rehabilitated in an aquarium. Two of the main characters are children. Hazel Clay is the daughter of the person that runs the aquarium and is a homelearner. Sawyer is the boy that has originally discovered the dolphin and plays an important role in the rehabilitation of the dolphin. Because he does not perform well on school, he must spend his holiday in a summer school. When he got involved with the rehabilitation of the dolphin and showed an intense interest, his mother decided to take him out of summerschool so that he could follow his interests.

Courageous is a film by Sherwood Pictures (ministry of the Sherwoord Baptist Church) that is about four men that made a commitment to dedicate themselves to their families and lead them to God.   One of the men, Martinez, was a homeschooling father. This film had record sales in the USA and received the Jubilee Award at the 2011 San Antonio Independent Christian film festival. There were more than 2100 contestants in the film festival. This film has also attracted full houses in South African film theatres.

Indoctrination Movie is a documentary film directed by Colin Gunn. Colin Gunn and his family are homeschooling their children. In the film he and his family travel around in the USA with a yellow schoolbus and have interviews with parents, teachers and headmasters to form an idea of the state of public education in the USA. This film received an award for the best documentary film at the San Antonio film festival. 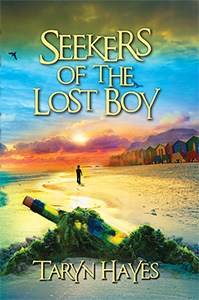 SAfm's Nancy Richards talks with Taryn Hayes about debut youth novel, Seekers of the Lost Boy. They discuss the book, homeschooling, literature-based education and the story that touches on the Cape Flats in 1980, District Six forced removals and more. Listen to the interview on Youtube

0 Cancel Reply
SAfm's Nancy Richards talks with Taryn Hayes about debut youth novel, Seekers of the Lost Boy. They discuss the book, homeschooling, literature-based education and the story that touches on the Cape Flats in 1980, District Six forced removals and more. Listen to the interview on Youtube http://goo.gl/3bRRx
Cancel Update Comment