Education is a political game

On 20 May 2004 Ms. Mmule Madonsela, a senior education official in Gauteng, informed homeschooling parents that : “Education is a political game”. Every year, with the announcement of the matric results, this statement is confirmed again and again.

Matric marks are adjusted with the stated intention to compensate for the differences between the exams of the different examination boards, to improve the confidence in the qualification. Whether the adjustments actually achieve the stated intention is difficult to objectively verify. According to the DA Shadow Minister of Basic Education, Nomsa Marchesi, serious questions must be raised about the management of the National Senior Certificate (NSC) exams. “Unfortunately, we have no idea how large these adjustments are,” said Marchesi in a press release. “Umalusi hides this information from the public, and refuses to allow elected Members of Parliament to attend the standardisation meeting.” She added that anyone who questions the nature of Umalusi’s adjustments is accused of trying to disrupt and attack the school system. It therefore seems that the matric pass rate is a number manipulated to achieve political goals.

It does not take long for the political goal to become visible. Gauteng will probably be the most hotly contested province in the 2019 elections. Gauteng suddenly achieves the highest matric pass rate in 2018. The Times Live headlines already hinted at the next Minister of Basic Education when they state “'Panyaza Lesufi needed at national level after impressive matric results in Gauteng.” South Africa does not need conspiracy theorists to see that assessment results in education are merely instruments to achieve political goals.

One of the most significant changes envisaged in the new Policy on Home Education and the BELA Bill, is the introduction of the requirement that home learners must be monitored by means of regular assessments. The stated intention of this monitoring is to avoid home learners falling through the cracks. Although the stated intention seems noble, closer examination reveals that there are no grounds to believe that the proposed monitoring will achieve the stated intention. The only thing that can be said with certainty is that monitoring will have a negative financial impact on parents and taxpayers. 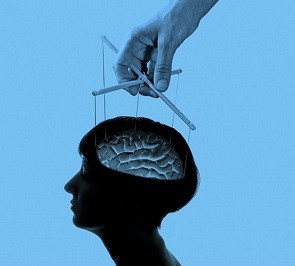