What about learners that fall through the cracks?

The Department of Basic Education (DBE) promulgated a policy on home education that attempts to monitor home learners by requiring them to be regularly assessed by competent assessors. Assessment results must be evaluated by the DBE to take remedial actions when results do not meet minimum requirements. The stated intention of this monitoring is to avoid that home learners fall through the cracks.

What does monitoring mean?

In the school system, the CAPS curriculum requires that learners are monitored through regular assessments that measure whether a learner has achieved certain state prescribed academic outcomes. Although the draft bill and policy do not provide detailed definitions of monitoring, it can be safely assumed that the monitoring of home learners will also be based on CAPS, because this allows a re-use of the assessments developed for schools and makes the assessment results for schools and home learners comparable.

CAPS assessments were designed for a school environment, and do not work efficiently in an home education environment. In a school, a teacher can hand out a test and collect the completed test papers within less than an hour. To do the same in a distance education environment is a much more laborious and time consuming process. Especially if invigilators are required.

Parents will be expected to pay for these assessments and taxpayers will have to pay for the bureaucracy required to evaluate assessment results, detect learners that do not meet minimum requirements, and then take remedial actions. Monitoring can therefore place a significant financial burden on both homeschooling families and taxpayers.

What does is mean to fall through the cracks?

There can be many definitions of what constitutes falling through the cracks. One definition could be that it means that a child was unable to obtain a matric. Obtaining a matric is easy to measure and is also an important educational milestone that provides access to further education and employment in the formal sector.

Another definition could be based on the tests that are being used in international surveys to measure literacy and numeracy such as the PIRLS and TIMMS surveys. According to these surveys, the scores of South African learners are among the lowest in the world. Since the majority of learners in South Africa are in the school system, this confirms that the majority of learners in the school system fall through the cracks, despite being monitored.

What to do with learners that fall through the cracks?

The purpose of monitoring is to identify learners that have fallen through the cracks and then take steps to remedy the situation.

In a school environment, the remedy that is applied is to have the learner repeat a grade. Depending on the reasons for the under performance of the learner, this remedy sometimes helps. However, the progression policy of the DBE limits the use of this remedy by only allowing one repeat per phase. This has the consequence that a learner can progress up to grade 12 without passing a single assessment. Therefore, monitoring in the school system serves almost no purpose.

One of the biggest benefits of home education is that learners can progress at their own natural pace. In home education, a learner can be in different grades for different subjects at a certain point in time. If a learner is assessed according to his or her age, the outcome will be that the learner is ahead on some subjects and behind on other subjects. These outcomes can merely be noted, because the remedy of repeating a grade serves no purpose in an environment where children progress at their own pace. Monitoring serves even less of a purpose in the situation where families follow a curriculum or educational approach that differs from CAPS.

Is the state really concerned about those that fall through the cracks?

If the state claims to be concerned about learners that fall through the cracks, one would expect that the actions of the DBE is a testimony of this genuine concern. Unfortunately many actions seem to indicate that the opposite is closer to the truth.

The testimony of these actions of the DBE and USAf over the last decade indicates that there is no genuine concern for learners that fall through the cracks.

The DBE has promulgated a policy which introduces the monitoring of home learners, with the stated intention to avoid home learners falling through the cracks. Closer examination however shows that there is no reason to believe that monitoring will achieve this stated intention. It will only have a significant financial impact on homeschooling parents and the taxpayer.

South Africa is hamstrung by a deaf DBE that constantly introduces new law and policy that impoverishes citizens, while more and more learners fall through the cracks and join the ranks of the unemployable. 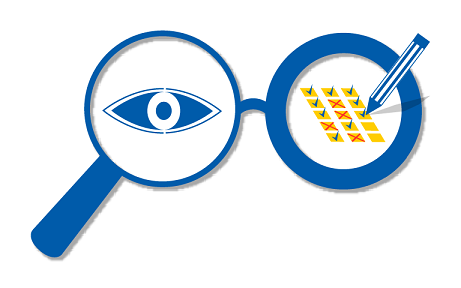 Ramaphosa forces parents to send children to faili...
The Right to a Basic Education