There has been a trend over the last years that homeschooling parents are moving away from the South African matric (National Senior Certificate or NSC), and prefer an international matric such as Cambridge or GED/SATS, due to the high costs and the large amount of effort required to get an NSC through home education. This trend is potentially affecting the business of curriculum suppliers that offer the NSC to homeschoolers.

A homeschooling parent has reported on the tuisonderwys mailing list that a curriculum supplier is spreading a rumour that South African universities will be limiting admission of learners that have international matric qualifications. She reports : “I was informed by a curriculum provider [who also caters for the NSC] that South African Universities could lose their state subsidy if they accept more than 10% students with “foreign matric” qualifications i.e. GED-SAT; A-Levels in CIE.  According to them SA home school students not planning to study abroad should reconsider going for a “foreign matric qualification” for this reason.”

Leendert van Oostrum from the Pestalozzi Trust reacted to these rumours as follows:

“Yes, I have also heard those rumours. I have not taken them seriously, but they are becoming more frequent. Because, as you said, this one comes from a curriculum provider who has an interest in spreading a rumour such as that.

I have not taken these rumours seriously, for the following reasons:

I suspect, therefore, that there is indeed a limitation on foreign RESIDENTS, but not on foreign QUALIFICATIONS, and that people who have an interest in selling the rubbish South African matric may misread the document slightly to their advantage. It is also possible that admission staff at some universities misread such a document. And education officials are notorious for misreading and often misrepresenting almost anything but especially laws and policies.

What I can say is this: If any member of the Pestalozzi Trust who is in possession of a "foreign" qualification is refused entry into a university on the excuse that the quota for foreign students is full, the Trust will challenge such a decision, regulation or law, in court if necessary.”

Homeschooling parents that are misled by such rumours can make the wrong decision on the matric options for their child and it can cost them tens of thousands of rands and years of frustration. To avoid this, parents should be part of the homeschooling community and join websites and forums that are not associated with any specific curriculum or homeschooling approach. Before parents make a decision on matric, they should consider all options. The sahomeschoolers.org website provides a description of all the options through which homelearners can obtain a matric. Join the website and download the article for free. 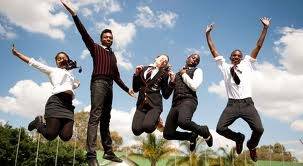 Excellent post. This should reassure parents who are concerned about getting foreign qualifications. Thank you.

0 Cancel Reply
Excellent post. This should reassure parents who are concerned about getting foreign qualifications. Thank you.
Cancel Update Comment