Public schools : Should parents patiently wait for the minister?

The state of public schools in South Africa

According to the SA Education report of 2008, all international studies in which SA has participated in the last 14 years on a school level have ranked SA students last. South African education levels reflect that even when compared to other African countries, South Africa does very poorly.

Super Sibongile Nthiyane, a grade 12 learner of Soweto, said in a speech in front of government officials and the media, that drugs and alcohol are commonly used by learners and teachers. Teachers never arrive at school on time and are often drunk. Teachers even ask the learners to buy alcohol during school hours. On a talk show on Radio 702 it was reported that some schools have up to 150 pupils in one class. A student at UNISA reported that the art department at this university prefers art students that did not do art as an subject at school, because way that art is taught at schools destroys the imagination and creativity of the learners. A lecturer in accounting reports the same preference for students that did not study accounting on schools, because these students did learn not all the bad practises taught at schools.

Research by the Southern and East African Consortium for Monitoring Educational Quality shows that teachers struggle with basic mathematical concepts. The report states : “More than half of the teachers thought if the height of a fence is raised from 60 centimetres to 75 centimetres, it was a 15 percent increase.”

This dismal performance is not the result of a lack of money. The amount that the South African government spends on education, as a percentage of Gross Domestic Product (GDP) is above the world average. Where the world spends about 4.7% of GDP on education, South Africa spends 5.4%.

The state of public schools worldwide

South Africans tend to think that the demise of public education is a South African phenomenon. This is however not the case. It is a worldwide phenomenon.

The failing of public schools in the United States is well documented. A report on this subject by a presidential commission was published in 1983 with the title “A Nation at Risk: The Imperative For Educational Reform”.

The report makes the statement "the educational foundations of our society are presently being eroded by a rising tide of mediocrity that threatens our very future as a Nation and a people" and "If an unfriendly foreign power had attempted to impose on America the mediocre educational performance that exists today, we might well have viewed it as an act of war."

Learners in the United State experience that public schools are like prisons. Schools and prisons are both compulsory, overcrowded, prone with violence and poorly managed. Both assume that the same solution is the best for all individuals. Both are expensive to taxpayers. In some public schools, learners are not allowed to bring their own lunch. They may only use the lunch provided in the school cafeteria. The state of Florida is considering a bill to ban on the selling of chocolate milk at school cafeterias, while some school boards and cities have already implemented such a ban.

To address the failure of public education in South Africa, the Department of Basic Education has compiled a strategy called: “Action Plan to 2014: Towards the realisation of Schooling 2025”. This plan describes a number of ambitious goals.

The budget speech of 2011 by Mrs Angie Motshekga, Minister of Basic Education, gives some indications on how the department plans to achieve these goals in the action plan.

Should parents patiently wait for the action plan of the minister to come to fruition, and continue to send their children to public schools? Or should they ask themselves some questions?

What parents are doing in South Africa

Should parents patiently wait for the minister to fix the education system, because together we can build a better community? Should parents vote for the opposition and hope that a new government will deliver better education for all? Or should parents consider what is in the best interest of their children, as the constitution requires? Many parents have decided that they cannot afford to wait anymore. More and more parents are taking the constitutional route, and take actions to promote the interests of their children.

All over the country parents are taking their children out of public schools and put them in private schools. Over the last decade, the attendance of private schools in the Eastern Cape has increased with more than 400%.

Although citizens have the constitutional right to establish and maintain private schools, many private schools are not registered with the provincial Department of Education, because they are expected to meet a number of strict requirements that are prescribed by officials that have no knowledge of private education. It also sometimes takes years to register a private school.

Parents are taking their children out of public schools and turning towards homeschooling in South Africa. Since home education was legalised in 1994, it has grown exponentially. Homeschooling is most probably that fastest growing sector in education.

Although parents have the right to educate their children at home, more than 90% of homeschooling families are not registered with the provincial Department of Education, because homeschoolers are expected to meet requirements prescribed by officials that do not understand home education or the law on home education.

What parents are doing in the rest of the world

The Southern Baptist church in the USA has adopted a resolution to call on parents to remove their children from public schools and home school them or put them in private Christian schools. A video of the debate on the resolution can be seen here. The Southern Baptists church has also created a website and a video dedicate to this call to parents called the Exodus Mandate.

Home Schooling has already reached 2 million learners and is the fastest growing education sector in the United States. It is also growing fast in countries such as the United Kingdom, Australia, New Zealand and even in countries where governments have outlawed homeschooling such as Germany and Sweden.

Should parents wait for the minister?

If parents get honest answers to the questions around the action plan of the minister, they will probably have no valid reason to continue to wait for the minister.

Although public education in South Africa in general is a failure, there are still a number of public schools that provide excellent results. These schools have parent committees that are actively involved and even appoint additional teachers at their own cost. These schools have qualified and dedicated teachers that do not take part in teacher strikes. These schools are islands of excellence in a sea of failure.

The sustainability of these islands of excellence is being threatened by the action plan of the minister, for a number of reasons.

These islands of excellence might not be a solution for long. They are also not a solution for all parents, because they are mainly located in the major metropolitan areas. Many are fully subscribed with waiting lists and very expensive.Although a few parents might still find good education in islands of excellence in the public education system for a while, is there any reason why most parents should wait for the minister to fix public education? Or should parents seriously consider the fast growing alternatives such as home education and private school education? 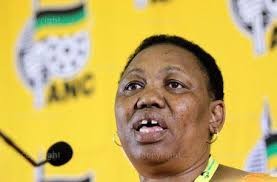 Election 2011 – How should we then vote?
Kurrikulumsaak : appel toegestaan - Leendert van O...

Dear parent, your child will be okay - the reassurance we all need

A.C.E. Home
Keep Your Child’s Education Close to Your Heart   The A.C.E. programme is uniquely suited to
Readmore

You Got This
Remedial therapy, home schooling and tutoring
Readmore