Judge  Cynthia Pretorius confirmed in die Pretoria High Court today that the state curriculum is not binding on independent schools and parents who educate their children at home.

The judge rejected an application by homeschooling parents and private schools to declare the curriculum non-binding. She decided that a Constitutional Court verdict from 2001 made the application unnecessary.

Mr. Bouwe van der Eems of the Pestalozzi Trust, a legal defence association for civil and home education, nevertheless welcomed the verdict because private educators can now safely ignore demands to teach according to the state curriculum.

He expects that the verdict will bring peace to parents and private education institutions who continually have to resist unlawful pressure from education authorities demanding that they teach according to the national curriculum.

Van der Eems points mentions that tens of thousands of homeschooling parents and thousands of private schools have refused to register with the authorities precisely because officials make unlawful demands such as compliance with the national curriculum as precondition for registration. He is of the opinion that these parents and schools have been vindicated by the verdict.

He says that many parents and schools have also succumbed in the past to intimidation by education officials to comply with such unlawful demands. He expects that more of them will now stand up for the internationally recognised right of children to receive education that differs from that which is offered by the state.

The Pestalozzi Trust regrets that the case took nearly four years and gets the impression that the minister fought tooth and nail to keep the case out of court while she and officials at all levels persisted in imposing the curriculum on private education. The Trust calls on education authorities to communicate and consult better with stakeholders in future about the measures that they attempt to impose on private education.

The article below was published on page 6 in the Cape Times of 6 April 2011.

Home schools' lesson for the state

AN ORGANISATION that provided legal information to home schools and independent schools has welcomed a decision that these schools are not bound by the national curriculum.

The Pestalozzi Trust works with between 4 000 and 5 000 home schools in South Africa.

Judge Cynthia Pretorius recently found in the Pretoria High Court that the State curriculum was not binding on independent or home schools.

Home-schooling parents and private schools had asked the court to declare the curriculum non-binding, but Judge Pretorius found that a 2001 Constitutional Court judgment made the application unnecessary.

He expected the verdict would bring peace to parents and private education institutions, which "continually have to resist unlawful pressure from? authorities, demanding that they teach the national curriculum".

The Cape Times ran a series of articles in February about the increase in home schooling in South Africa. Most families opt not to register with the department.

Van der Eems said thousands of home-schooling parents and private schools had refused to register because officials made "unlawful demands, such as (that they comply) with the national curriculum as a condition for registration". He said parents and schools had been vindicated by the courts.

Trust member Leendert van Oostrum said it was regrettable the case had taken nearly four years. "The case was kept out of court while officials persisted in imposing the curriculum on private education. 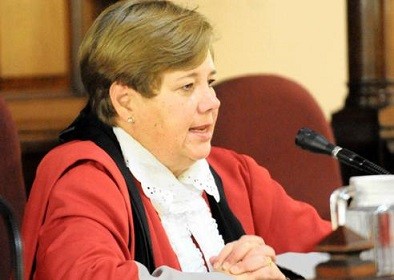