In 2017 the education sector reached a crossroad that will determine the future of education for the next decades. At the start of the school year tens of thousands of learners in Gauteng and Western Cape could not be placed in public schools. In the last quarter the state proposed new legislation to reduce the powers of School Governing Bodies (SGB’s) of public schools and to bring mainly unregulated homeschooling under state control.

Public schools are largely managed by SGB’s elected by parents. The SGB’s have powers to determine the admission policy, appoint teachers and charge school fees. In some public schools, SGB’s appoint additional teachers at the cost of parents. In these public schools SGB’s use their powers and funds to appoint additional teachers to offer a high quality education at an affordable cost. Such schools are known as former model-C schools. Due to the high cost of registered private schools, these schools are the only affordable option available to many middle class parents to get a high quality education for their children.

On the other side, public schools in general do not have sufficient capacity to accommodate all learners. In the metropolitan areas of Gauteng and the Western Cape the education MEC’s are under pressure to find space for the growing number of learners. The no fee schools are filled to capacity and provincial education departments do not have powers to place learners in schools where the SGB’s use their power to limit class sizes and charge school fees. Reducing the powers of SGB’s is therefore required to force these schools to accommodate more learners. However, if these schools accommodate more learners, class sizes will increase and the quality of education provided will deteriorate. It is therefore not surprising that there was an unprecedented reaction to the BELA Bill.

If the former model-C schools deteriorate, the only remaining alternatives to middle class parents would be home education and cottage schools. However the BELA Bill will significantly raise the cost of home education and make cottage schools illegal. This means that the only affordable form of education will be home education without registration and unregistered cottage schools, which are referred to as outlaw education. The growth of outlaw education has been a trend since 1994 and is described in an article by Leendert van Oostrum published in an international magazine with the title : “South Africa’s outlaw educators”. The implementation of the BELA Bill in its current form will cause increased growth of an education-Toll highway where nobody registers and nobody pays toll fees.

This bill presents MEC’s such as Lesufi with a dilemma. Reducing the power of SGB’s will create more space in public schools, but takes away affordable quality education from the middle class and drives learners into outlaw education. Leaving SGB’s intact will not alleviate the growing problem of tens of thousands of learners that cannot be placed.

Since BELA Bill was published, the education sector is at a cross road, and the state has to choose the road forward. There are three roads to choose:

It is hoped that MEC’s will make decisions that will not only serve the interests of the state, but also those of citizens. 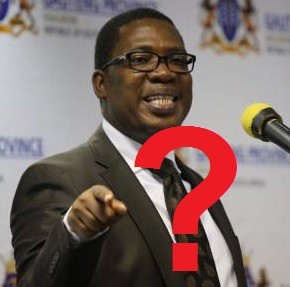 The first battle in the war against education free...
The week a Tsunami crushed into the DBE