How many homeschoolers are there in South Africa?

It is often reported that there are about 100 000 home learners in South Africa. This number is then used to estimate the impact that legislative changes will have on the homeschooling movement. Due to the wide use of this number, it is important to have some certainty that this number can be justified.

According to the results of the 2011 census, there were 56 857 learners that indicated that they are receiving home education. If one investigates this number more closely, it is found that about 12 000 of these learners are over the age of 18. These are probably learners that failed matric and are now attempting to get a matric through distance education. Since these learners cannot be viewed as home learners, it can be argued that the result of the census is over reported. On the other side however, many parents were hesitant to indicate on the census form that they are homeschooling, because they fear that this information could be used to report them to the education authorities. During the census, the Pestalozzi Trust received many calls on whether parents should answer the census question. Given the hesitance of homeschooling parents to answer the homeschooling question, it can be argued that the census result is under reported. Given that there are arguments that the census result is over reported and under reported, it is reasonable to assume that census result is fairly accurate.

If it is assumed that home education is growing at a rate of 10% per year, then there are 100 726 home learners by 2017. Given that the compound annual growth of learners in Curro Schools is 31%, an assumption of 10% growth can be viewed as fairly conservative. If home learners grew at the same rate as Curro schools, the number of home learners could be 287 350 by 2017.

The equivalent of the HSLDA in South Africa is the Pestalozzi Trust. It cannot be assumed that a similar percentage of home learners in South Africans are members of the Trust. South Africa has much more of a free rider culture than the USA. Anybody involved in civic organisations experiences this culture. It is common practice that only a small number of people actively support community organisations (e.g. neighbourhood watches), while the entire community benefits from the work of the community organisation. If the membership of the Pestalozzi Trust and the free rider culture is taken into account, 100 000 home learners is not an unreasonable number.

In the USA, the HSLDA was founded in 1983 and in South Africa the Pestalozzi Trust was founded 15 years later in 1998. If it is assumed that the establishment of a legal defence fund indicates that the homeschooling movement in a country has reached a specific developmental stage, then it can be argued that homeschooling in South Africa is about 15 years behind the USA.

In the USA, home learners as a percentage of the school going population in the USA was 1.7% in 1999. On an assumed similar developmental stage, in 2014 there were about 12 million learners in South African schools. 1.7% of this number gives about 200 000 home learners in 2014. This estimate confirms that an estimate of 100 000 can be viewed as a conservative estimate.

According to United Nations, school enrolment on South Africa is about 78%. Assuming a school population of 12 million, it means about 3.3 million children are not enrolled in schools. This figure does not provide any indication on how many home learners there are, but it does indicate that the theoretical maximum number of home learners that there can be. Given that the estimate of 100 000 is much less than the theoretical maximum, it provides some more confidence in the estimate.

According to the General Household survey on 2016 , 0.2% of the learners in South Africa (aged 5 and older) are homeschooling. This gives a total of 32 444. However, the breakdown reveals that the percentage home learners in the Western Cape is 1.1% , whereas Gauteng is 0.2%. The majority of Pestalozzi Trust members is in Gauteng, which does not correspond to the statistics of the survey. This seems to indicate that different methods to determine the type of education were used in Western Cape and Gauteng (and other provinces). If it is assumed that the correct percentage is the average of 0.2% and 1.1%, then the number of home learners is estimated to be 105 443 in 2016.

Some people perceive home education as mainly practised by white parents. The same was the case in the USA where most homeschoolers were Christians and of Anglo Saxon descent in the early days. Over time however, home education became more religiously and demographically diverse. Currently the highest growth in the USA is in African American communities. In South Africa there is already a Facebook group for black homeschoolers of more than 500 members. The size of this group is more or less the same as the homeschooling mailing list in 2007, in the days before Facebook became popular. This indicates that the number of black homeschoolers also has the potential to grow to 100 000 by 2027. 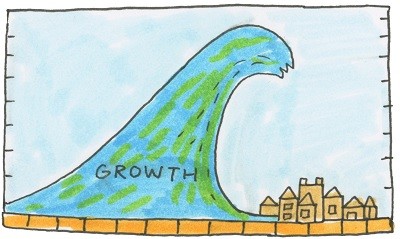 Steamrolling a policy of chaos and conflict
The first battle in the war against education free...

Dear parent, your child will be okay - the reassurance we all need

A.C.E. Home
Keep Your Child’s Education Close to Your Heart   The A.C.E. programme is uniquely suited to
Readmore

You Got This
Remedial therapy, home schooling and tutoring
Readmore